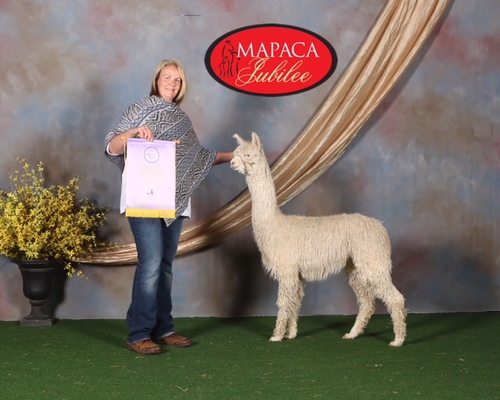 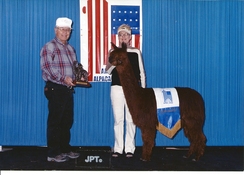 Cache is a full brother to 4 time champion Zoltar of Halo. Cache's genetics are some of the best in the country, with a three time herdsire of the year as his stud and a Futurity Judge's choice female as his dam! One of the last Cinder's sons, I'm proud to add Cache to Herdsire row!
More Details
Ask a question
Details
Certificate Histogram
Love this combination! Wise Child is sure to produce quality!

Wise Child's sire rocked the show world during his stellar career. Mercury had it all. The lock, luster, and density combined with an awesome conformation and laid back disposition! Sired by the one and only Crown Prince (Crown Royal Son) 3 x Judges' Choice winner. And her Dam a MacGyver daughter with 4 championships to her credit. Futurity Champion and production female who produces Champions!!!! Notable offspring is WAY TOO COOL (producer of 5x Judges' Choice Chakotah's Midas), who sold for $20,000.00 and Herdsire Psylent Knight.

Due to Wise Child's good fiber stats and color pedigree we are working her into our dark program. Currently Wise Child is being bred to Cache for her 2023 cria! 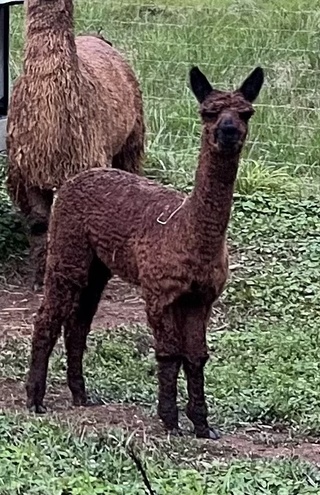 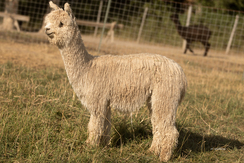 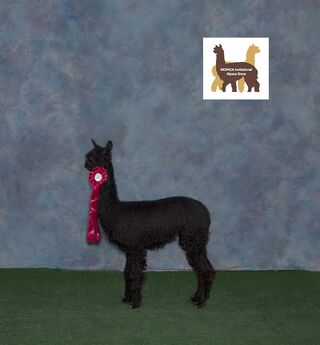